Improvisation my way - an update

Remember this one from last week? 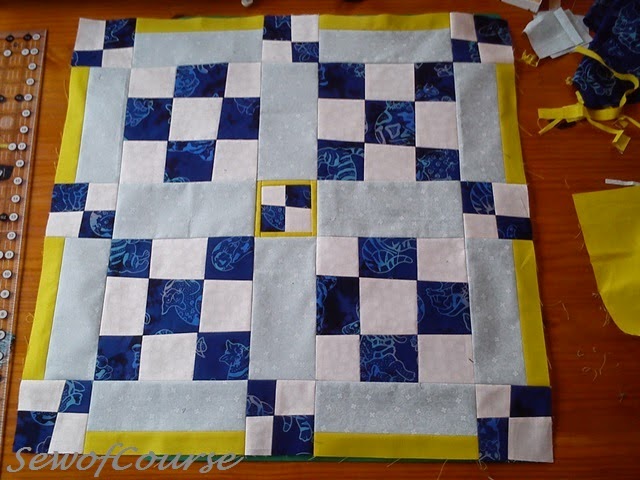 The difficulty with improvisation is knowing when to stop chopping and changing. However, this piece did not quite "feel" finished to me, but I wasn't sure how I wanted to change it. I did know I wanted it somewhat bigger - it was only 23" - but I did not want to loose the improvisation too much by just adding straight borders. So I took it out the other day and sat there looking at it for a while...

Putting a strip of fabric over it this way and that way, trying to imagine how it would look and would that be how I wanted it to look...

Putting the ruler over it this way and that way... will I cut it apart...won't I?? 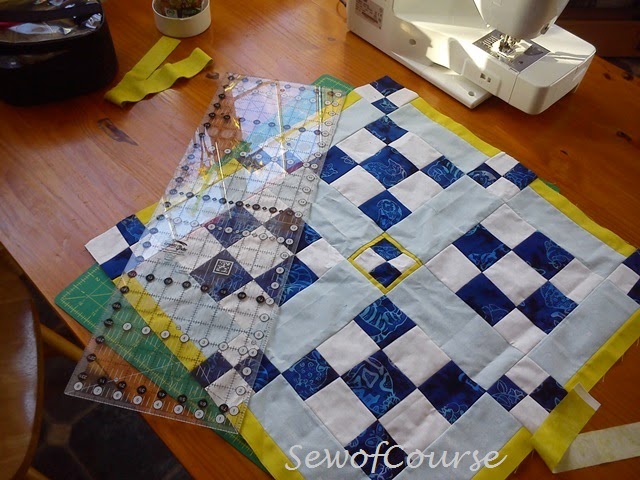 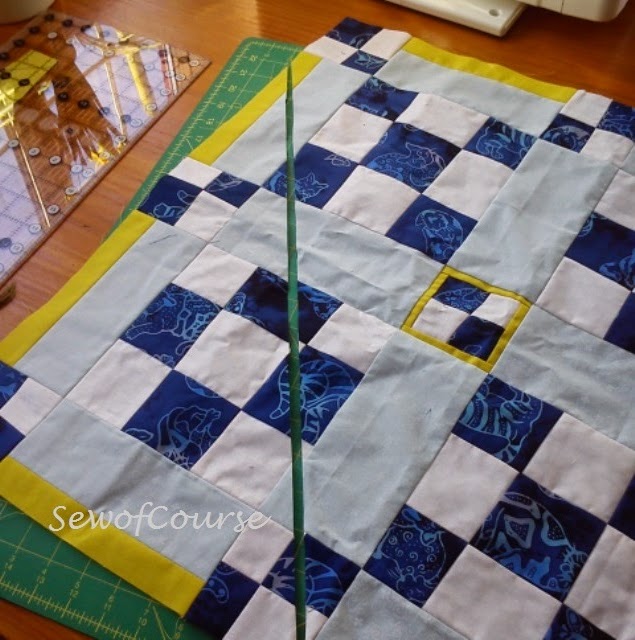 Now to make it better. Cutting strips, moving the cut piece to the side, moving it to the left and to the right, turning it a little and a lot...

In the end, I decided to sew it together at a slight angle. Without further hesitation I started sewing it together, I wanted to see straight away whether it would look the way I envisaged! I added the lime strip and then sewed the cut off piece back in place again, but tilted a bit.


Of course I had not thought about the total shape it would become, and had to add strips to the piece to make it resemble a square again afterwards! If I had thought about it, I would have added extra strips to the triangle to make it bigger before I sewed it to the main piece. It would have avoided an awkward Y seam... But that is improvisation, too, and I added some strips to make up for it - one strip turned out to be a bit too short, too, so another small improvisation was needed there!

I also added more lime all around. I felt it was looking rather "caved in", was I happy with it? It still didn't seem finished to me. 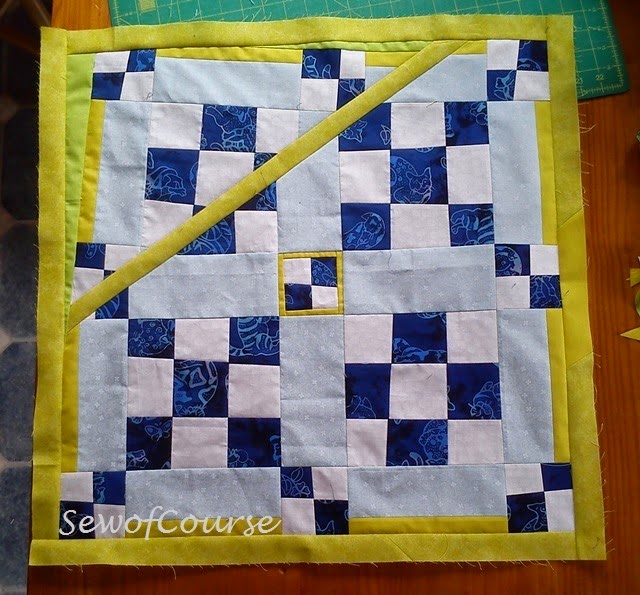 I decided to add some weight to the outside edges, at two sides. I had a try out; symmetrical, maybe adding a border top and bottom? Or asymmetrical, adding borders side and bottom? 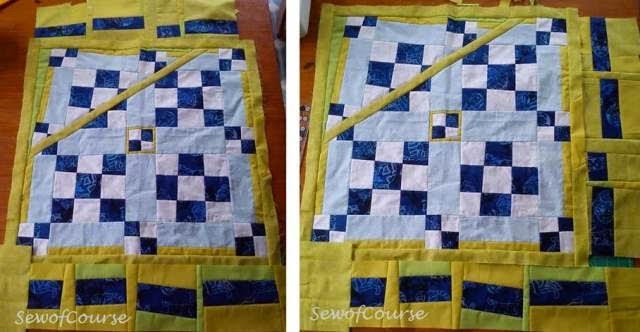 In the end, I decided on this: 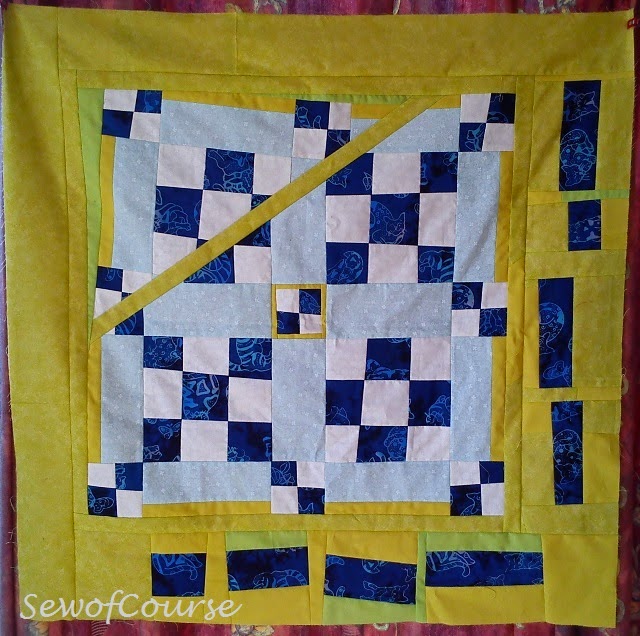 At the moment I think this is done. The piece feels a bit lopsided, but to balance that I intend to add the last piece - yes, I'm running out! - of dark blue to the binding on the left and upper area.

Now, however, it has to be decided how to quilt it... It'll sit there for a while for me to look at, until I just decide to start. I'll keep you updated (you've been warned!).