Wall Hanging for City and Guilds - updated with a label

Do you remember this one: 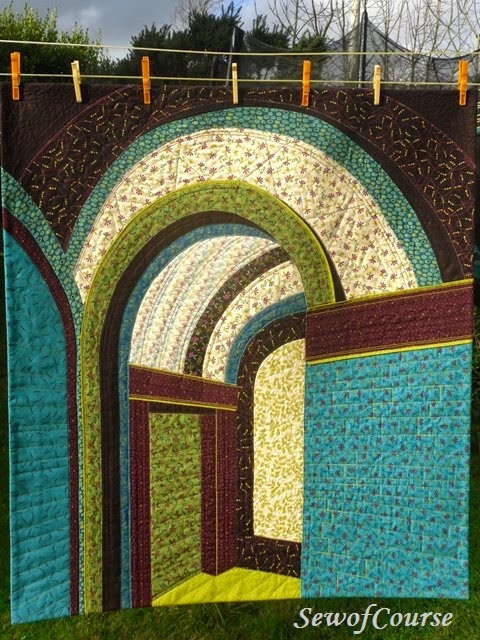 Back in November I announced that the Wall Hanging that I made for the City & Guilds Certificate was finished. So why an update?!

That is because though the wall hanging itself was completely stitched, it wasn't completely finished. It was appliquéd, quilted, embellished with stitching and flanges, all threads were tied off and hidden away, and the back was covered with another layer for a neat finish. The edges were finished with a facing. Even the tunnel is in place to hang it with.

But the all-important LABEL was still missing!!

So this has been rectified today. I thought I would show you how I make my labels:

* In WORD, I type the text of the label. My labels always contain the TITLE of the quilt, the NAME of the maker (myself, hah!), LOCATION of the maker (this has varied over time), DATE finished. If appropriate I would add to whom I am gifting it, and sometimes when I had started the quilt; in this case I've added that it was made as part of the City & Guilds course: 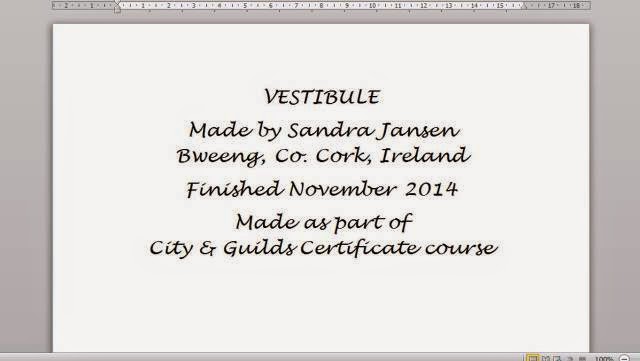 * I then select all text (CTRL-A), centre the text, choose a nice, but clear font, and increase the font size to an easily readable size. PRINT.

* Trace the text with pencil onto a piece of calico or other light coloured fabric. I use a piece easily large enough for the label, trimming to size is done after the lettering. I wash the fabric first to remove any sizing, and iron well. Tracing is easy against a light window, I use masking tape to keep the printout and fabric together. The letters came out crookedly against the edges of the fabric, but that was so that the letters are straight with the grain of the fabric (this piece of fabric was very uneven).

* Trace the letters again over the pencil with a permanent marker (use some scrap paper underneath to prevent marking the table underneath). I used a Pigma pen this time, but I have also used a Tee-Juice pen before with good result. I usually mark with pencil first, because it is easier to do that against the window, and also, the marker may mark my printed template through the fabric. I want to keep the template clean in case I make a mistake and have to start again... though fortunately it has never come to that! 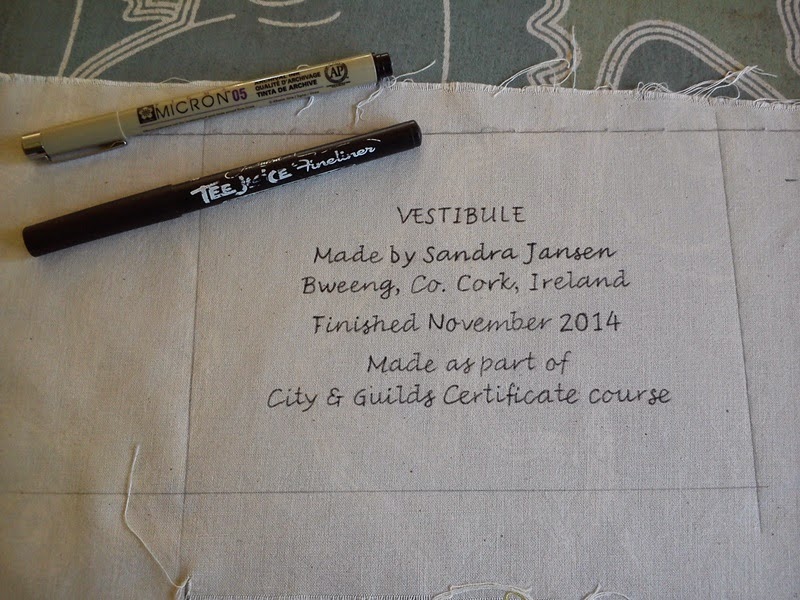 * IRON over the pen lettering to set it good and proper! Then also mark the outline of the label's edges. I measured about 1" outside the edges of the lettering on all sides, making sure the lines are square and parallel to the text. If you are not sure how well your pen ink will hold when washing, now is the time to test it... 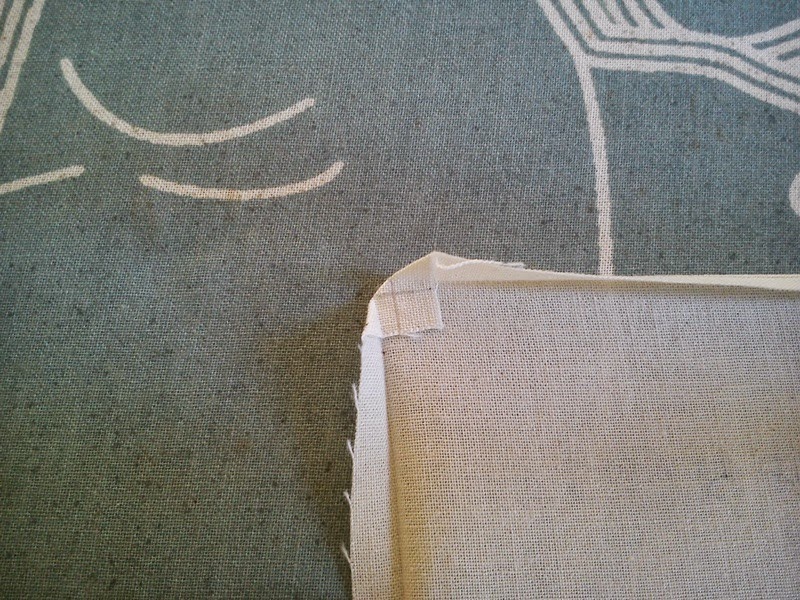 * Then fold and press each edge over so that all markings are just folded over to the back: 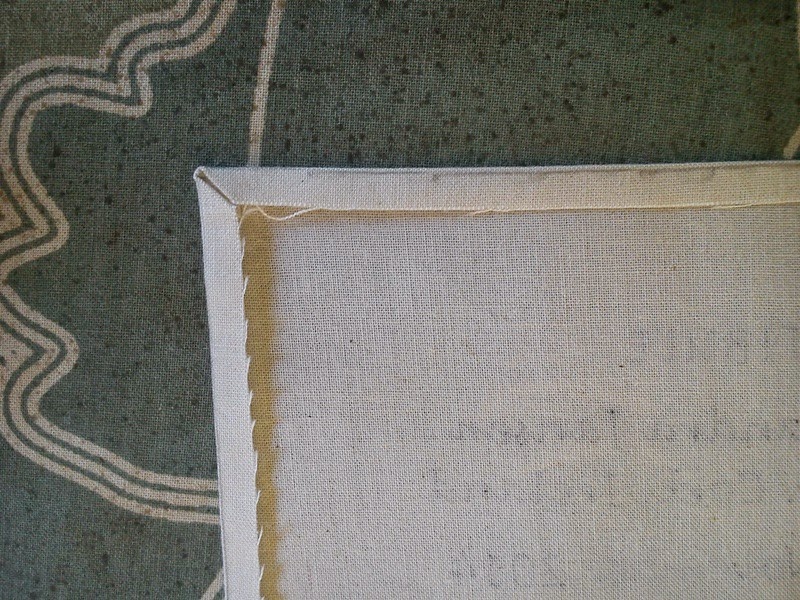 * Give the whole label another good press to set all the folds (I sometimes use a damp pressing cloth for extra sharp creases): 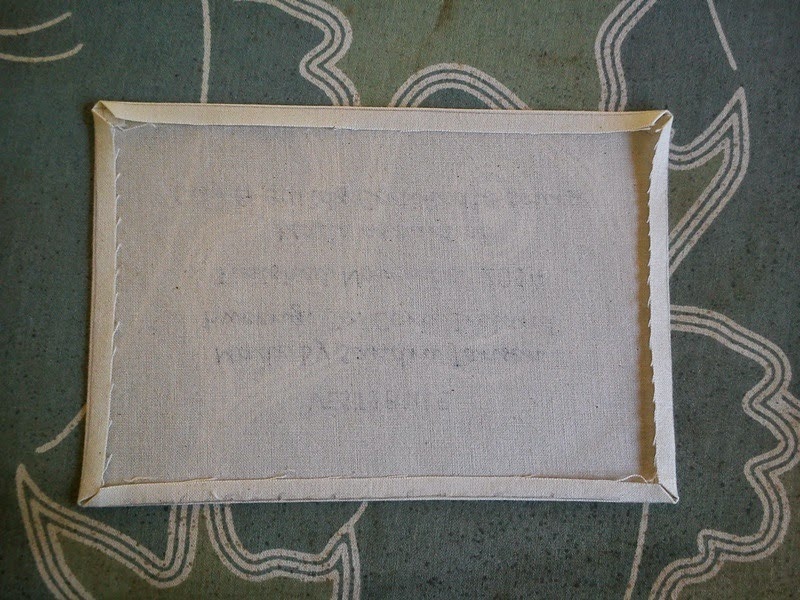 * And there is your prepared label: 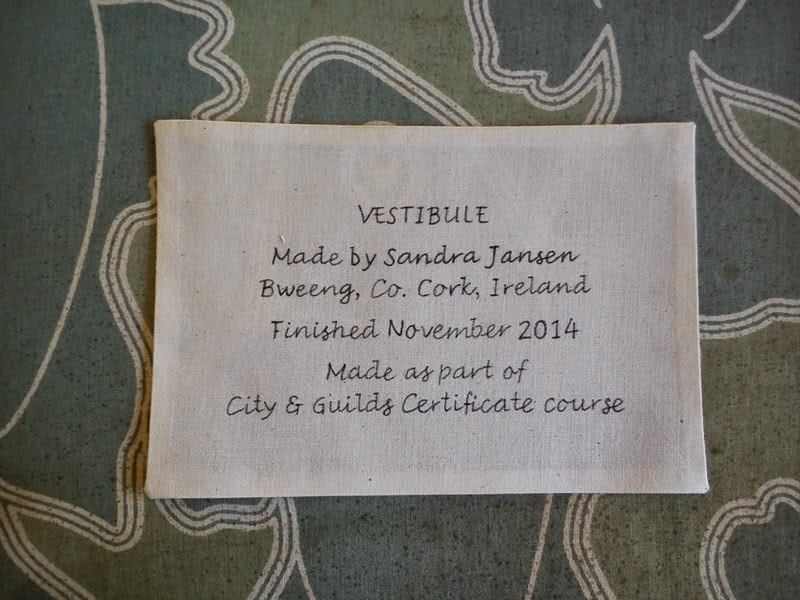 * Pin to the back of your quilt, and slip stitch in place: 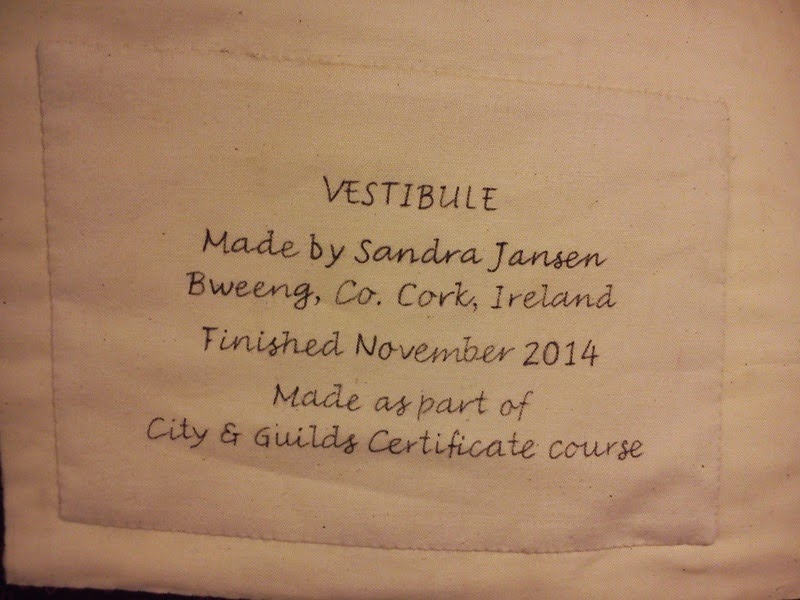 DONE! (The photograph is slightly angled, the label is really straight on the quilt!!)

And now I am updating anyway, I have also added some stats to the original post!

- Warning: picture overload! And not even a stitch of sewing; I was having a break even from that -

This year during the Easter Holidays we were lucky to meet up with my mother and sister and spend some time together in West Cork. It’s not extremely far from where I live, so not too far for me to drive, but having a view of the ocean for a while is rather nice! Our base was close to Bantry, a small market town, and ideally located for a visit to the peninsulas of West Cork, as well as the wonderful Glengarrif Forest.

The first days were stormy, rainy and cold to a point where I almost started to regret choosing this location. Fortunately, we had the foresight to pack some games so a lot of time was spent being competitive around the kitchen table! Most days we went out as well, at least for a short while, and enjoyed a walk around Glengarrif Forest or did our shopping in Bantry and spent time browsing in a bookshop.

Not wanting to stay in the house all the time, one day we went and enjoyed the bleakness of the Sheep’s Head peninsula with the wind pulling at the car and enough mist to add even more mystery to the landscape. To be honest it was rather spectacular at times even though we were almost blown out of our coats if we weren’t careful.


A couple of days later we went in cloud and rain to the Beara Peninsula, but by the time we arrived in Castletownbere the sun came out. A while later, turning North close to the far end of the peninsula, the clouds descended for some atmospheric misty ocean views.

After a few days the weather changed, and how! While the temperatures would not have convinced me to wear short sleeves, it was lovely and sunny, and coats could be left behind at least some of the time. The sun made everything look that much more friendly and we decided that a visit to Garinish Island (Ilnacullen) was called for. The ferry across the natural bay of Glengarrif slowed down to allow the passengers to get a good look at the seals on the way.


The gardens on Garinish are lovely, and even though some of the steps are uneven and steep, we had a leisurely walk all the way around.


Even the boys enjoyed themselves, the only disappointment for them to find upon returning at the boat's landing slip, and having to wait a while for the ferry to pick us up, that the tea shop was not open yet (too early in the season) and there were no ice creams to be had…

Not wanting to leave out a Cork peninsula, we finally made a trip onto the Mizen Head peninsula. The weather being glorious again, we stopped at Schull and visited a lively market and the harbour, and stopped again at the mud flats and sandy beach at Toormore for a picnic.


Finally, we arrived at the very end of the peninsula, Mizen Head itself. Though you have to pay an entrance fee, the views of the ocean from several lookout platforms are definitely worth it.

We were lucky it wasn’t very busy (signs indicating waiting times suggested that it may be heaving with people at other - presumably summer - times), and we could walk all over and enjoy the view for as long as we wanted.


We were lucky to see dolphins (thanks, Sis, for bringing your binoculars, and letting us all have a go!) and seals really close up (no binoculars needed there). When we got cold through and through (we unexpectedly did catch the wind on those cliffs, and regretted having left our coats in the car), it was time for a hot drink and cake in the cafeteria of course.

A few more walks in Glengarrif Forest, along the promenade in Bantry, and a visit to some standing stones were squeezed in before it was time to leave.

Mum and Sis flew back home on Wednesday, hopefully looking back on a wonderful time as much as I do...

Next time there will be some sewing to show, I promise!