Those of you who know my work probably know that I have a preference for using print fabrics. Not necessary large or overly bold prints (though sometimes that, too), but I mostly use small prints, or mottled, swirly, dotted or otherwise unevenly coloured fabrics in my quilts. However, I love the look of rainbow projects and I find it very hard to achieve a rainbow combination with my print fabrics.
- though I may have to try that again one day soon, too... -

Anyway, when Cindy of Fluffy Sheep fame had a scrap bundle of solids to give away last month for the cost of postage, I thought it would be worth obtaining some of her small pieces of solids to finally make a rainbow project - thank you, Cindy! -


The bag had a varied assortment, but I quickly decided on my rainbow colours and I found some solid white fabric on my shelves to go with them.


Soon I was laying out my friendship stars in a circular pattern. 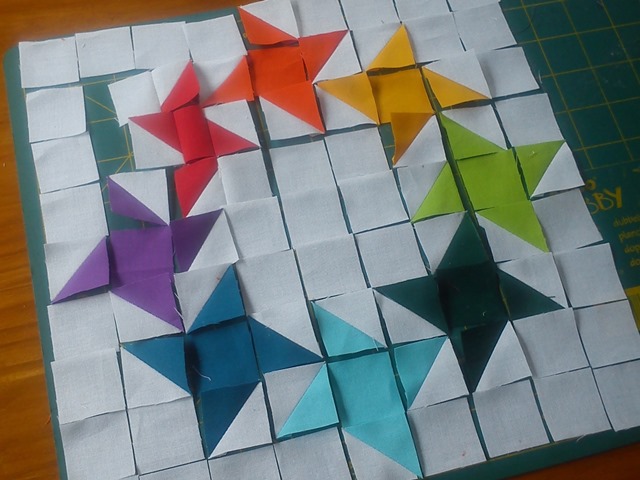 After sewing it seemed quite uneven (smaller at one end than at the other). I must have been slightly increasing (or decreasing?) my seam allowances as I sewed row after row... 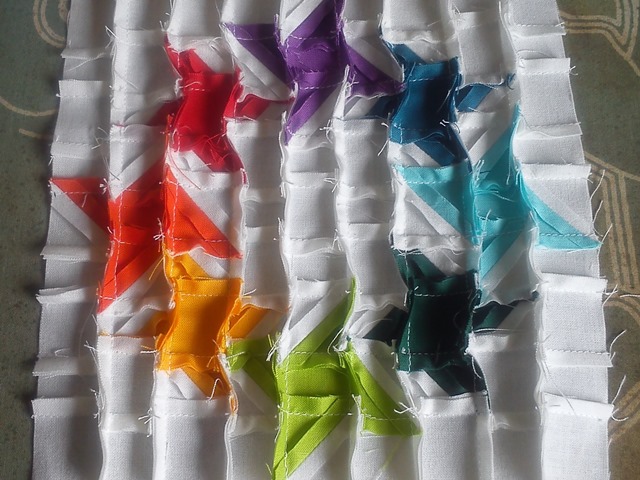 However, after some judicious pressing and blocking it ended up square, and with wonderfully nesting intersections. The perfectionist in me likes that! 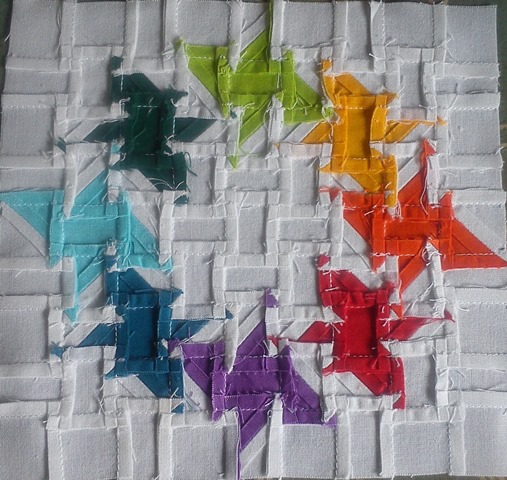 Below the end result, and have a look at the scale (my mat marks the inches): 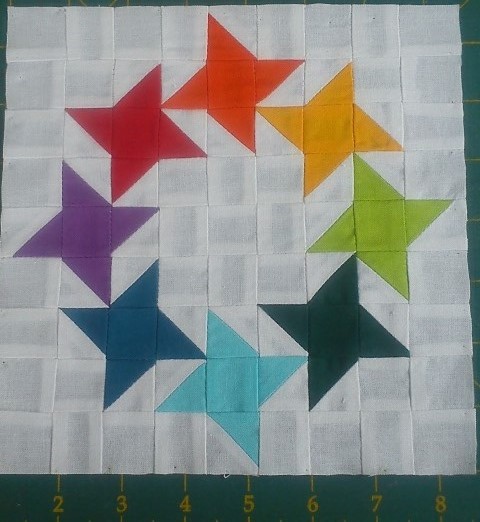 In the mean time I have transformed this panel into a finished item, but since I made it as a surprise for someone I will show that after it has been received.

*edit: Now it has been received in Amsterdam, I can show you what I made: 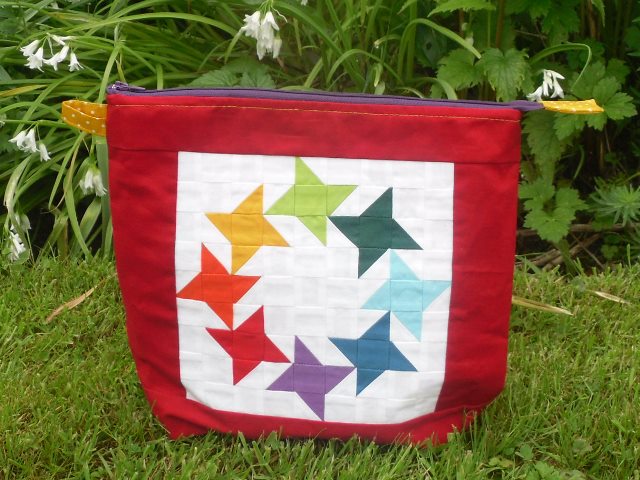 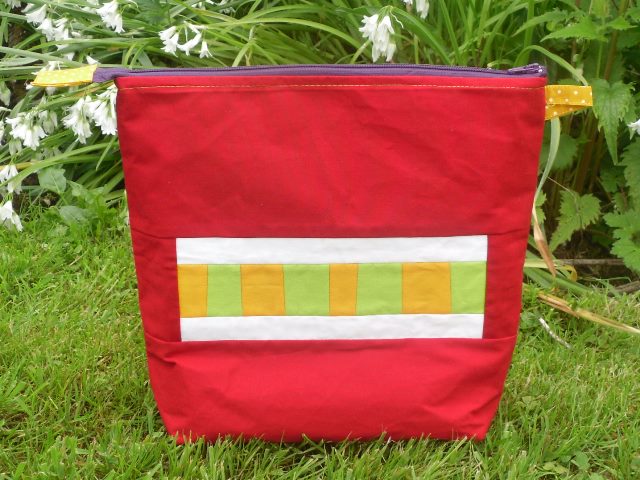 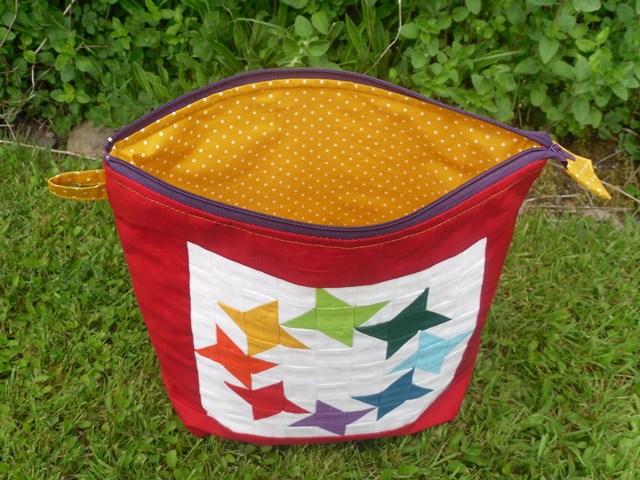 Even though these scraps were not originally my own, playing with them has given me lots of ideas of what to do with my own as well. For now I am happily linking up for the first time (I think) with Scraptastic Tuesday: