A visit to Exeter and meeting online friends

It's been a while (time flies!) since I went on my little trip to Exeter.
I left on 1 April and the joke started with the weather. It was raining heavily and there was a nasty storm raging, causing the plane to be delayed coming in to Cork. 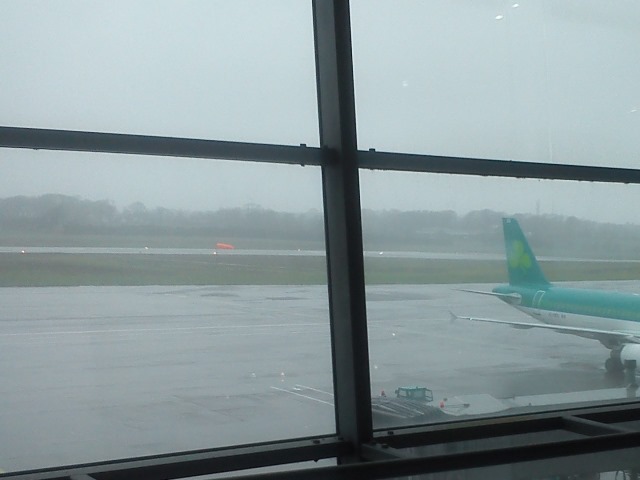 Of course it arrived eventually, and to my surprise the flight in the (propeller) plane (not the one in the photograph) was very comfortable, after surviving being shaken about quite a bit during the first few minutes. We even arrived right on schedule in Bristol after leaving much later than planned.

The flight was followed by a (slow due to road works) bus ride to Bristol railway station, and a comfortable but warm (something with the heating...) train ride to Exeter. 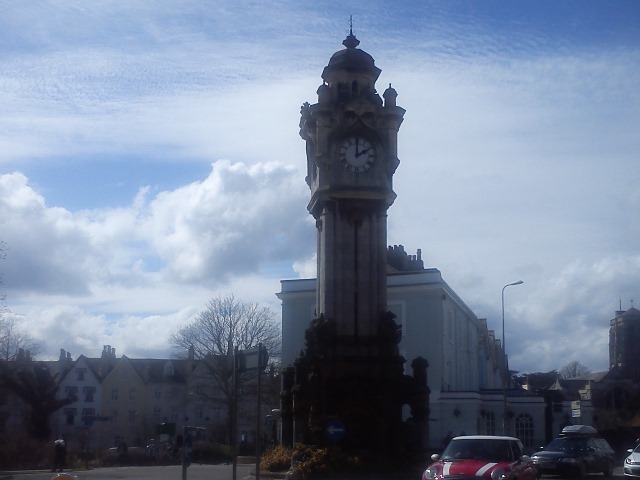 After checking in to my hotel close to this clock tower I went to explore. As you can see in the photographs, the weather was quite different on this side of the Irish Sea! 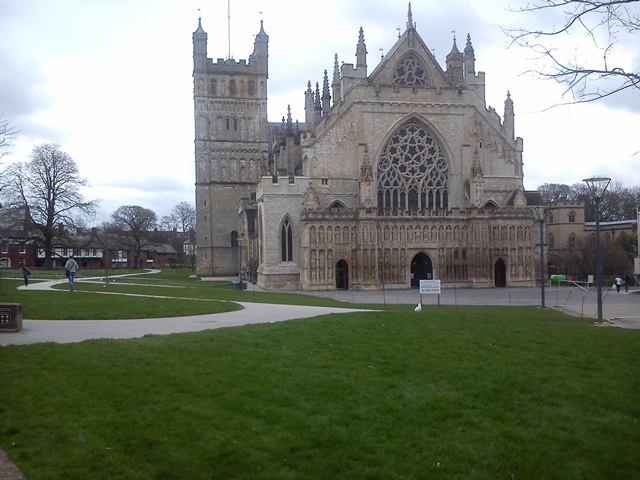 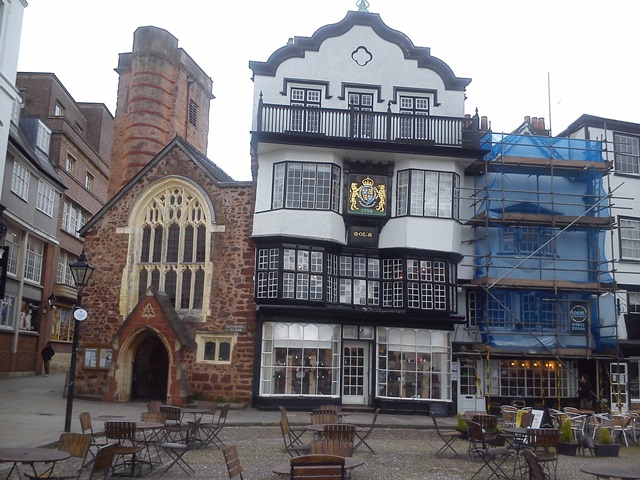 Of course I had to see the well known cathedral, though I decided the weather was too nice to go inside. The square around the cathedral is surrounded with old buildings, too, though not all from the same period.
That's probably what struck me most walking around Exeter: The (very) old buildings sit close together, and sometimes even side by side, with much newer ones. 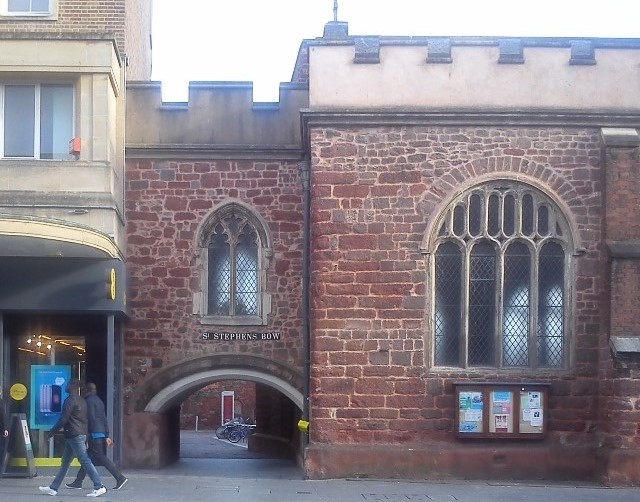 The weekend I was visiting coincided with a local quilt show (of course!). Previously, I had "met" a local, Mary Emmens, online, and she had offered to give me a lift to the show which was quite a distance outside the city.
Have you ever met someone in "real life" for the first time after being in contact online for a while? Probably many of you have, but this was the first time it was happening to me. We had had contact over quilt patterns (Mary's brilliant patterns, my proof reading/editing) and through our blogs and Instagram for a while before this trip, but I wasn't sure how meeting up would work out.
In the event, we got on so well, we hardly stopped talking! All during our drive, while walking around the show - I may show you some images in another post - , and during a well earned rest with a cuppa, we talked and talked and talked! It gave an extra special feeling to a lovely weekend trip.

As a thank you for my editing work Mary also made me a surprise gift: 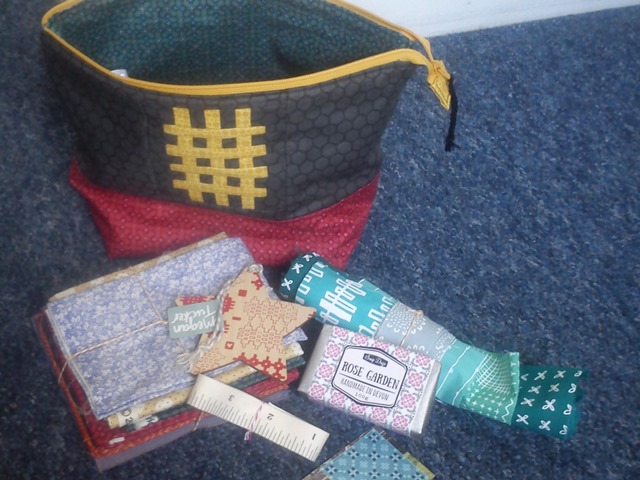 She had made me a roomy pouch filled with a variety of lovely gifts. And maybe best of all, the pouch sported a miniaturised block from one of her Welsh blanket patterns! Unique and wonderful!

After all that I had to do some shopping at the show, where I also met the lovely Jenna (instagram) from the Exeter Sewing Machine Company, who had a quilt hanging at the show, too!

The rest of this lovely weekend was spent outdoors, the weather was just so lovely! I even left my coat at the hotel at some point... 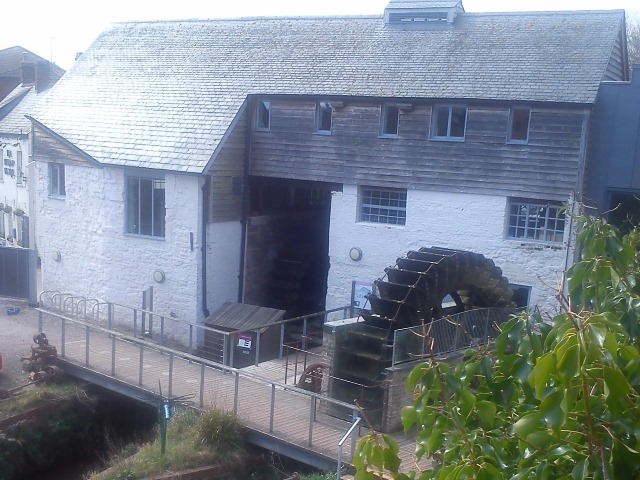 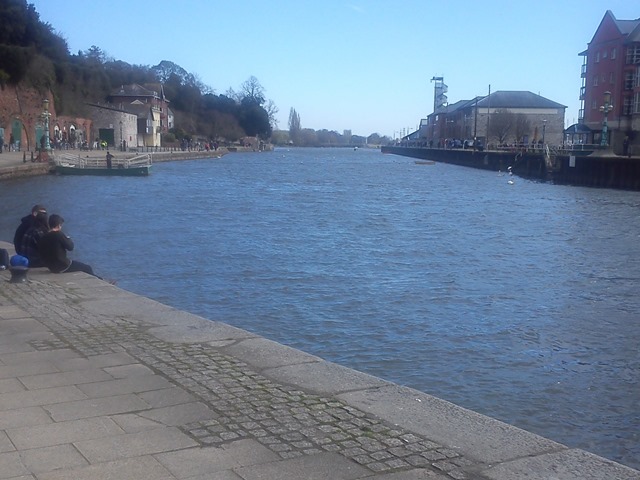 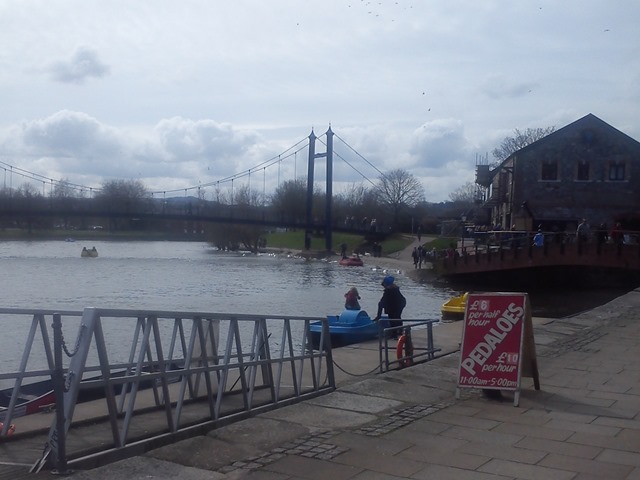 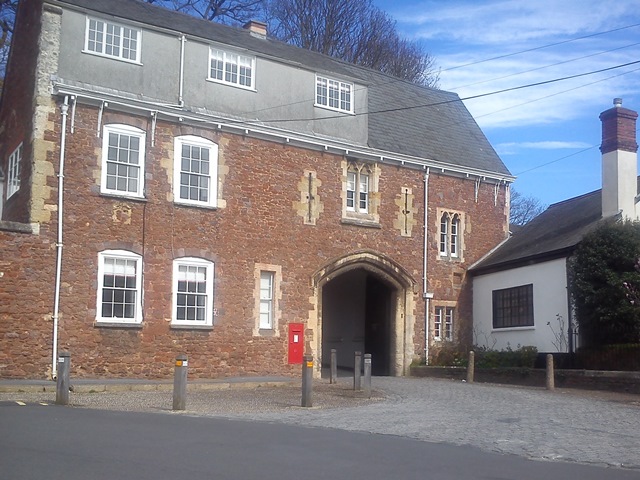 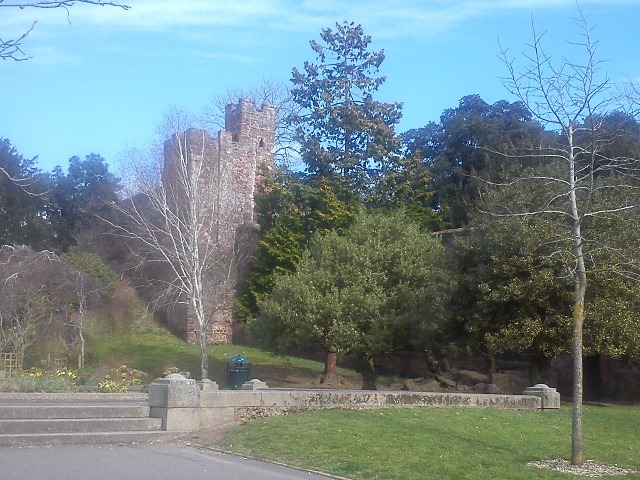 The return journey was quite uneventful, apart from having to take the first train in the morning, and having two friendly stewards on the return flight who even offered me a free tea because I didn't mind moving seats "to balance the plane"...

And so I have sunny memories of my weekend in Exeter in more ways than one. Which I could do with, because this is what I came home to (airport car park in Cork): 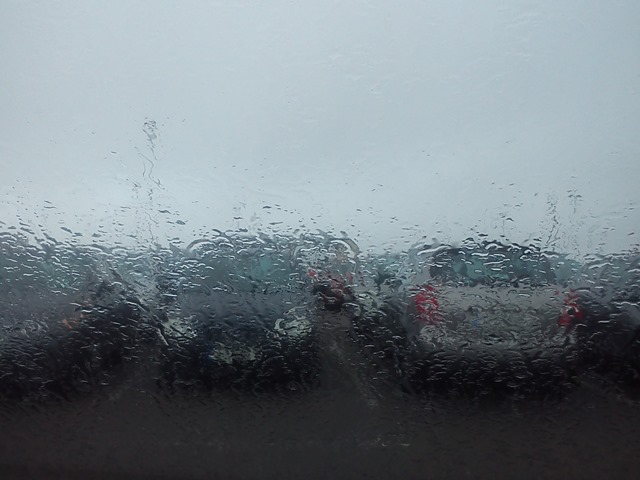 By now the daily routine has resumed, with schools and work, meals and shopping, and taxiing boys around. The weather hasn't much improved though to be fair, it is now more variable - sun and rain and hail and even snow...!! I just try not to look too often out of my windows, and do some more sewing, of course!

Thank you for visiting! I love getting comments; I read them all and reply where I can... These days most comments are coming from "no-reply" bloggers, please check your settings before commenting!